The most common way an herbalist can find herself in a court of law is by appearing, intentionally or unknowingly, to be practicing medicine without a license; the evidence against the herbalist in cases of this nature tends to hinge on the use of certain restricted terms. (Roger Wicke has written an extensive and expertly-argued article to this effect, which I consider required reading for all practicing herbalists today; if you haven’t read it already, give it a look and come back.) As a result, herbalists have learned that there are certain terms, like diagnose, treat, prevent, and cure, which must be avoided diligently, and that above all one must not allow oneself to be referred to as doctor.

In the United States, the practice of medicine is legally defined in the laws of each individual state. This mean that the specific language which an herbalist must avoid using will vary depending on where she lives; in some states there will be more restrictions than in others, so it’s important to investigate the specific regulations which apply to your practice. 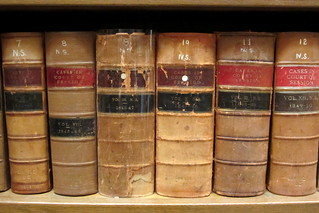 In Massachusetts, the way it works is like this: Massachusetts General Laws Chapter 112 lays out those professions for which a board of registration and examination, which grants licenses to their practitioners, will be considered a state agency. Those boards are then able to make regulations which apply to their licensees. This includes setting the scope of practice, which, in the case of physicians, involves defining the practice of medicine.

(It’s worth noting that the this isn’t the only place where restricted language is set in the law. A recent discussion on one of the herbal studies e-mail lists has revolved around use of the term apothecary, with commenters pointing out that in some states this word is a “reserved term” which may only be used by a licensed pharmacy.)

Here is the definition for Massachusetts, as published by the Board of Registration in Medicine (all emphasis is mine):

The Practice of Medicine means the following conduct, the purpose or reasonably foreseeable effect of which is to encourage the reliance of another person upon an individual’s knowledge or skill in the maintenance of human health by the prevention, alleviation, or cure of disease, and involving or reasonably thought to involve an assumption of responsibility for the other person’s physical or mental well being: diagnosis, treatment, use of instruments or other devices, or the prescribing, administering, dispensing or distributing of drugs for the relief of diseases or adverse physical or mental conditions.

(a) A person who holds himself or herself out to the public as a physician or surgeon, or with the initials “M.D.” or “D.O.” in connection with his or her name, and who also assumes responsibility for another person’s physical or mental well being, is engaged in the practice of medicine.

(b) The Practice of Medicine includes the following:

1. Telemedicine, as defined in 243 CMR 2.01: Telemedicine; and
2. Providing an independent medical examination or a disability evaluation.

(c) The practice of medicine does not mean the following:

1. Conduct lawfully engaged in by persons licensed by other boards of registration with authority to regulate such conduct; or
2. Assistance rendered in emergency situations by persons other than licensees.

There is much of interest to be found here, starting with the outlay of restricted language – I italicized the relevant words there, but to call them out again: an herbalist in Massachusetts should make sure never to claim that she can prevent, alleviate, or cure a disease or medical condition. She should avoid making a medical diagnosis, steer clear of conducting an examination, turn way from treatment, and definitely stay away from prescription of drugs. She must not call herself (or let herself be called) a doctor or physician, and putting certain capital letters after her name is also grounds for indictment.

Now, many herbalists have commented that these actions don’t, in fact, accurately reflect the work they do with their clients – and this is quite true. A medical diagnosis is a limited and limiting abstraction, a terminology of depersonalization. A diagnosis carries an air of certainty: it says this is the problem (and usually, this is the prescription for it), leaving no consideration for contributions from factors outside its definition. A disease is considered to consist entirely in localized dysfunction of a particular system: if it’s a disease of the heart, only the heart will be treated. Further, the disease is the same for all who have it, so they’ll all be treated with the same procedure or prescription. 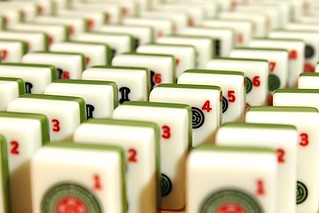 This standardization is the norm of conventional medicine, but it has no place in holistic healing. When we work with someone whose heart is hurting, we might consider diet, movement habits, fluid balance, emotional patterns, . . . many possibilities present themselves, and we’ll follow those which our client is most interested in pursuing, or which seem to be the most relevant to their particular case. We’ll look in many directions – both at other physical systems in the body, as well as at mental, emotional, and spiritual aspects of the complete person – and we won’t expect what works for one person to be the same as another.

Getting hung up on a medical diagnosis, whether it’s one the client walks in with or one that seems to explain everything about his problem, is a sure way to miss out on the big picture. If we start thinking of the person in front of us as “another Lyme client” or “the woman with PTSD”, we’re putting blinders on our own capacity to see nuance and interconnectedness. It is normal and common to speak and think this way, in our society, so we habitually fall into it unless we’re watchful. It is a trap, and shifting the language we use to describe our interactions with clients is a way to remind ourselves to step carefully around it.

It turns out we’re not simply covering our asses, here. We’re not choosing to avoid using the word “diagnose”, and then swapping in some other word to mean essentially the same thing. We are doing something fundamentally different, and our language should reflect that – it helps us keep ourselves mindful and present, resisting the tidal pull of cultural conditioning toward monofactorial thinking and reductionist rationalization.

So much for diagnosis. The other restricted terms have similar issues. But it seems to me there is something else, something perhaps even more important, going on in the state’s definition of medicine – I emboldened some segments which I believe really speak to the heart of the matter around these words. Give it a look – apparently, to practice medicine is “to encourage the reliance of another person upon an individual’s knowledge or skill”, to take on “an assumption of responsibility for the other person’s physical or mental well being”. Imagine that! Until I saw this passage, I had no idea this was explicitly considered to be the foundation of the relationship between a doctor and patient.

When you go to the doctor and submit yourself to his diagnosis and prescription, you are, in the eyes of the state, abdicating your right to self-determination in matters of your own health. This is something we’ve observed personally in our practice as herbalists. We have dozens of clients who came to us full of frustration at the way they were treated by conventional medical authorities, who treated these people exactly as you’d expect someone who was “encouraging reliance” to do. We’ve heard the stories of people essentially coerced into unnecessary and irreversible surgeries, into taking drugs they didn’t want (and which didn’t help), into accepting a course of treatment without being fully informed what it would mean. These clients were told by doctors that they didn’t know their own bodies, that they couldn’t be trusted to make their own decisions about their own health care, that they should stop asking questions and do what they were told. 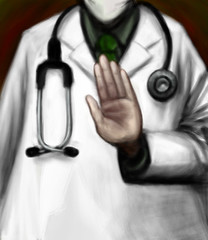 Every time we hear one of these stories, it’s deeply frustrating and upsetting, but now we can see that it’s inherent in the very definition of medicine as a practice. Those doctors – patronizing or well-meaning, dismissive or merely indelicate – were simply acting out the logical extension of the words which serve to establish their “authority” and their mandate.

Of course, these tendencies don’t play out for all groups equally. We’ve seen over and again that women, minorities, people labeled mentally ill, those with less formal education, and those with less money are all much more likely to be on the receiving end of this kind of treatment. Inequalities in access to health care don’t stop at the hospital door – how you’re treated once you’re inside is also not a level field. People who don’t carry the markers of privilege are the more strongly infantilized and disempowered – they are considered incapable of taking responsibility for themselves, not just in health care but in terms of basic human decision-making, and their treatment by the establishment reflects this.

Those are the very people an herbalist is most bound to serve. Herbal medicine is the people’s medicine, so its practitioners must serve the people. Herbalism is medicine from the edge, so herbalists must build community with those who are marginalized. Herbalism is “alternative” medicine in our society today, so its practitioners must advocate for the underrepresented. We can’t do that effectively if we recapitulate the structures of disempowerment inherent in conventional medical systems.

I want to empower people to make their own informed decisions about their health and care. I want to emphasize with every client that it is always their right and their responsibility to make those choices for themselves. My role is to educate, to provide options, and to guide my clients to greater self-mastery as they find their own path – not to dictate to them, decide for them, or pontificate at them.

So if using these restricted terms – diagnose, treat, cure, etc – would imply that I meant to engage in that sort of relationship with the human coming to sit and talk with me – taking away their responsibility, making them reliant on me – then I will be perfectly glad to avoid those words. In fact, I will work diligently and vocally to turn away from them and the paradigm they represent!

It may be possible to reclaim some of these words, one day. “Herbal medicine” as a special term is largely held separate, I think, in the eyes of most people, from these connotations that secretly cling to “medicine” on its own. Folks seem to understand that medicine is bigger than what happens in a hospital. Still, it’s important to be aware of these shades of meaning.

Poetry is making with words, most purely, but all of our words have real effects on the world. The next time you say the word medicine, remember all this is wound up in it – so tell people. Know your state’s definitions. Explain them to the people you work with. Let them know what it means, by the letter of the law. Don’t let that toxic, destructive, insulting dynamic infect your interactions. And if you use it differently, if you’re reclaiming it, do it out loud. Recognize that you are subverting the dominant paradigm, that you are in a fight.

Speak from your heart, speak for your art; work with your words to make whole what’s apart! 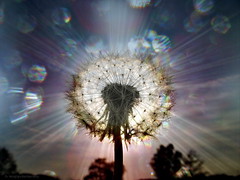