Katja’s recent article on the [mis]conception of “cure” in our culture reminded me of a related thought, one that comes to mind whenever I see another “Cancer Cure Found!?” headline. And since everything’s more concise in couplets:

when fleshly red turns tumor-black, of this you may be sure:
though whitecoat’s works may push it back, there is no chemicure. 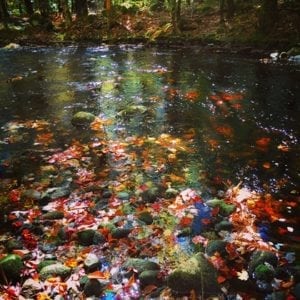 Cancer is a multifactorial disease. It’s known to be caused by (or at least, correlated with) poor nutrition, exposure to toxins, chronic stress, sedentary lifestyles, . . . the list goes on. It’s true that all cancer is cancer–that is, that all tumors have similar features–but this cancer is this cancer, and that cancer is that cancer. For one client, removing an allergen from the diet and eating only home-made, whole-foods meals may be the primary intervention; for another, it may be getting better sleep and implementing new movement habits. As with so many things, it comes down to healing the client, not his nominative condition.

It’s true that conventional chemical treatments are sometimes effective, but less often than many have been led to believe. One study of chemotherapy’s effectiveness found that its contribution to survival from adult tumors was less than 2.5%, concluding “it is clear that cytotoxic chemotherapy only makes a minor contribution to cancer survival.” Like any average, this number reflects a range of efficacies for different cancer and treatment types–but it does give a clear overall picture. Keep in mind, too, that most forms of cancer are considered “cured” if they don’t recur within five years–a nominative convention which further skews the “success rates” for conventional treatments upward.

Notably, all this says nothing about recurrence. Recurrence rates for cancer as a whole are hard to pin down, but those for individual cancer types are available. Take breast cancer, for instance. Depending on the type of malignancy they have and the cluster of treatments they receive, anywhere from 20% to 50% of breast cancer patients experience recurrence, and “more than half of all breast cancer recurrences and two-thirds of all breast cancer deaths occur after completion of five years of standard tamoxifen therapy.”

This points us to what I, and most herbalists and holistic healers I know, consider the more important idea: if you don’t heal the terrain, then the symptom will re-emerge. If you eat the same things, sleep the same few hours a night, move the same few muscles in a day, and subject yourself to the same stresses after your treatments as you did before, you should expect your illness to return (whether in the same form, or a new one). As the saying goes, doing the same thing over and over again and expecting different results is the definition of insanity–and that’s one form of mental illness that definitely correlates with physical illness.

As Katja described in her article, the problem with the common idea of cure is that it abstracts the disease and its treatment from the context in which it arises and develops. In the case of cancer and diseases like it, this leads to the idea that a cure for cancer will be found, or even merely could be found–some magichemical bullet that would eliminate malignancy wherever it reared its head, entirely irrespective of the myriad causes and contributors that bring it into peoples’ lives: a one-size-fits-all solution. 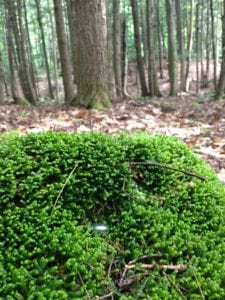 By now it should be clear that this is a dream. No single chemical or radiological therapy can be reasonably expected to treat all forms of cancer. More importantly, no such treatment addresses the root causes of the disease; no such treatment will prevent the problem from recurring again, whether in the same person later in life, or in another person somewhere else. While conventional medicine may come up with more effective treatments for tumors that already exist, people will continue to get cancer as long as they persist in the behaviors that cause it.

We can compare efforts at “curing cancer” to the experience of quitting smoking. When you decide to quit smoking, you can’t make the decision once and be forever relieved of the craving. You have to decide, over and over again, not to smoke this cigarette–the one you find in a pack you thought was empty, the one your friend offers you at the bar, the one you just-barely-don’t buy on your lunch break in a stressful work day. You have to take it one decision at a time.

It’s the same with curing a lifestyle disease: you have to take it one life at a time. I’ve discussed cancer here, but these statements apply just as strongly to obesity & diabetes, autoimmune diseases, infertility, chronic fatigue, . . . these conditions will arise wherever a human eats not-food-for-humans, repeatedly exposes himself to toxic substances, lives in a constant state of low-grade fight-or-flight agitation, . . . so you’ll only ever cure this one (by doing this), or that one (by doing that).

You will never cure cancer, you will only cure this cancer. There is no cure for cancer, but there are cures for cancers. Better still, there are paths to health that can protect us from its developing it in the first place.

there is no chemicure, we say, when fleshly red turns black,
but following the green-grown way will bar its burden from your track.