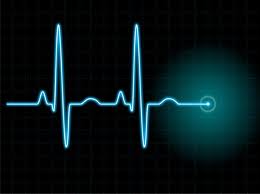 This week, one of my pharmacy students stayed after class to ask for help. She wanted me to explain about the way insulin is supposed to cycle in the body again, because she has a friend who is a young doctor, and they had gotten into a disagreement. The young doctor friend claimed that a person should eat multiple small meals frequently throughout the day – “grazing” – in order to keep insulin levels “stable” and “constant”, and she was trying to argue that one should NOT eat between meals because insulin is not supposed to be constant.

So we talked about it, and I reminded her of the analogy of the delivery truck at a warehouse: when the truck comes in filled with a delivery, all of the warehouse workers have to stop whatever it is they were really doing (let’s say they work for a small book distributor, and they were putting books into boxes to be shipped out.) in order to unload the delivery truck. They’ll unload the truck, put all the boxes of books on the appropriate shelves, and then they’ll go back to their actual tasks of filling customer orders (“productivity”). When the body eats food, all “work” stops, while insulin (a hormone, by the way) puts all the food (which has been broken down into “fuel”) away into the cells. Once the job of insulin is finished, another hormone, cortisol, chases all the insulin down to the liver to be broken down and disposed of, at which point growth hormone takes over. Growth hormone isn’t just about getting taller when you are a kid – growth hormone is used to grow all the good stuff you need: fresh skin over a cut you got yesterday, new skin cells that are all fresh and smooth so that you don’t have wrinkles, etc. Growth hormone is pretty cool. And once insulin is done with its job and gone, growth hormone will come along and do all that great stuff for you.

However, there’s a Dr. Jekyll/Mr. Hyde thing going on here: growth hormone can’t do its work if insulin is around. In fact, growth hormone won’t even be released until the insulin is cleaned up. So if you are a “grazer”, what that means is that you aren’t doing any clean up and repair work in your body throughout the day. When your mom told you not to snack because it would ruin your supper, she was more than right! It’s good to let yourself get hungry between meals – it’s proof that growth hormone is doing its job. Plus, coming to a meal hungry helps you enjoy that meal more – so try it!

All that is quite nice, but there’s a bigger issue here. When did doctors decide that we should be “constant”? No other cultures eat constantly through the day, just ask any foreign friends you have. A child might have a snack, but at a certain age, snacking stops, and you eat your two or three discrete meals. So why did we decide that “having constant insulin levels” was a good thing? I imagine that part of it is because American producers invented snack food, and since it became a thing always around, we began (in the span of one generation – because I remember life before granola bars) to think of it as “normal.” And when we did that, our science faltered.

A doctor saying that someone should have “constant insulin levels” is the same as an astrophysicist or a geologist saying “You should never drive straight west, because you will drive off the end of the earth.” In order to make that statement, he’s moved way past the ludicrous acceptance that the world is flat, but is now changing his habits and the habits of the people who take his advice based on this ludicrous acceptance. It’s absurd! And if your friend came to you and said, hey, I was hanging out with this geologist and he said that if you drive straight west you’ll fall off the edge of the earth so I’m totally canceling my road trip to California, you would quite appropriately laugh at him. You’d make fun of him for the next 25 years, in fact, for falling for such a stupid thing.

But the problem is, we don’t understand our bodies anymore. And beyond than that, we no longer understand the larger body of which we are a part. So when someone who is supposed to be an expert makes a statement that’s every bit as absurd as driving off the edge of the world, we fall for it, because we don’t know any different (and because we can’t hear the doctors in France laughing at us).

Pick any of the popular doctor shows in the last few years. Go back and watch your favorite episode – the answer is right there. As long as the little screen is going “blip….blip…” and drawing the little green line with peaks and valleys, everything is fine – but when the green line goes flat, when it ceases to fluctuate, and when the blip becomes one constant beep, then you’re dead.

Humans are supposed to fluctuate.

We’re supposed to cycle. We’re supposed to have highs and lows. This is true in all aspects: when the sun is out, we wake up. When it’s dark, we go to sleep (oops. or we invent electric lights, and completely abuse that cycle by staying up way past our bedtimes…). We go through cycles of hot and cold in the seasons, and cycles of feast and scarcity. We feel those cycles less and less, having invented climate control and truck farming, but then again, don’t you sometimes notice how you welcome the crisp cool air of fall? Don’t you sometimes notice how you have a day where you’re just not so hungry? The cycles are still there, if we can pay attention to them.

We have cycles in our moods too – sometimes we want to party every night, sometimes we want to curl up on the couch with a book. There’s nothing wrong with that, it’s perfectly normal. We have cycles in the way our bodies work – melatonin is released as light diminishes, preparing us for sleep. As the light returns and melatonin levels fall, we wake. Through the menstrual cycle, levels of one hormone peak and drastically fall while another slowly builds, all of them combining together to cause events at the right time in the cycle. We can take birth control, which will force the hormone levels to be constant – and then we don’t menstruate, ovulate, etc.

All these cycles are connected – remember I said that insulin is a hormone? When insulin levels are too high, the menstrual cycle gets out of whack, because the body doesn’t have time to regulate the high level of insulin AND get the estrogen and progesterone levels right. The cycles inside us and the ones that are part of the larger whole are also connected: as the dark of winter comes, we slow down, we become more introspective. Because society wants “constant”, we label this bad, we call it seasonal affective “disorder”, and we tell people to take drugs or other actions to fix it. What if instead, we just acknowledged that cycle is normal, that things are supposed to fluctuate, and we all just went with the flow?

This striving for “constant” – or to use the trendy term, “balance” – it’s not the right goal. We’re all after it like it’s the holy grail, but all we have to do is go back to the ER re-runs to realize: that way lies death. Embrace your fluctuation! When you’re so full of happiness that you’re overflowing, that’s great! When you’re feeling completely empty and drained, feel that too. Enjoy a good meal, and savor feeling sated. And when you begin to feel snacky, wait. Hold off. Don’t be afraid of the fluctuation, don’t reach right away to feed it with constance. Instead, feel it! Savor the feeling of getting hungry as much as you savored the feeling of getting full. And while you’re doing it, remind yourself: the earth is not flat.