Words are pretty amazing things. We can use them to make people feel good about themselves, or awful. We can use them to bring people together, or to divide. The way we speak when we’re working with people – regardless of profession – says a lot about not only what we think of our position but also what we think about the people we’re working with.

There is a lot of debate in the herbal community right now about “professionalism”, and one of the things being talked about is how to “sound” professional. A lot is being made about using the same vocabulary that doctors use, because that would be more “professional”. In my practice, I avoid medical jargon as much as possible – even when I’m teaching for the pharmacy schools.

Medical jargon is just a way to describe certain observations. In our country, we have a whole language of words dedicated to the description of people’s bodies and how they are feeling, but those words are not the only acceptable words for describing these observations. Let us imagine doctors in some other country: in other languages there will be some other words to describe these things.

Medical jargon is no more inherently accurate a form of description than any other, however, it does serve to set doctors apart from patients. Because the words are unfamiliar, they serve to shore up the authority of the doctor over the patient. The person with the authority is also the person with the responsibility. When practitioners place themselves in positions of authority over a client/patient, how can that client be expected to take responsibility for their own health?

Furthermore, as a practitioner, there is nothing that I can say to a client that will cause them to heal unless they themselves choose to integrate that advice into their own lives. The client is the only one with authority in our relationship. I can educate, suggest, advise, promote, motivate, etc: but I cannot make someone drink their tea. I cannot stop someone from eating a donut. I cannot make the choice to eat more vegetables for anyone but myself. Each one of us is responsible for our own bodies.

Let’s take a simple example: dyspepsia. Dyspepsia sounds rather intimidating. It sounds like a condition. It sounds like the sort of thing that should be medicated. Dyspepsia sounds like something in the body is definitely wrong, and the word doesn’t offer any particular hints at how to make it right again. And yet, dyspepsia is nothing more than good old fashioned indigestion. Everyone knows the word indigestion. And if you tell a person that their gut cramping is indigestion, generally, the first thing they’ll start talking about is that maybe they should clean up their diet. (They may also mention TUMS, but in my experience, people know that they’re taking TUMS because they “ate something stupid”.) 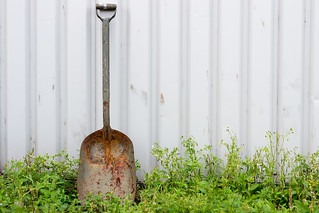 While it’s useful to be educated in medical jargon, in practice we serve our clients better if we ourselves speak as plainly as possible. When we use plain speech to describe a client’s situation, they are able to start to work the problem out for themselves. They are more likely to be consistent with diet and habit modifications because they are able to see a direct link between the cause and the effect.

Another factor here to consider is that clients need to be very clear that I am *not* a doctor. In my practice, I have a short informed consent form (written in plain speech!) that starts with the sentence “I am not a doctor”. I decorate my office in such a way and dress in such a way that although things look neat and tidy, nothing about what I do could be confused with their doctor’s office. If I modify my speech in such a way so that – in an effort to “appear professional” – I sound like a doctor, I am not serving my client. I am not a doctor. I could have been a doctor, but I chose not to be, because that system doesn’t seem very effective to me. I am not interested in making my system look more like a doctor’s system: it is not an honest portrayal to the client, and it doesn’t serve my system, the fundamental differences of which are the very foundation of its efficacy.

The words that the medical profession uses have developed along with that profession. They are very specific not only to the practitioners of that profession, but to the underlying philosophy of that profession. When I work, I am constantly looking at the whole, at the entire interconnected system, and the words that I use to describe that reflect that philosophy. In medical practice, symptoms and conditions are seen individually, without specific regard to the relationship with the rest of the body – simply because it is easier to test in systems with fewer variables. Designing a study of an entire system is difficult: how can you tell which intervention was responsible for the improvement? And so the current medical model evolved a way of looking at the body with ever more specialization, ever more isolation, in order to provide a very narrow target. If I were to adopt the descriptive words based on that philosophy, I would be limited in my ability to think of the body as a whole. Medical jargon would constrict my ability to see the bigger picture.

We can’t make ourselves “more professional” by adopting another profession’s jargon – and especially not when that jargon gets in the way of the work that we do. We are professional or not based on our own integrity. Just like every artisan or craftsperson – their professionalism is judged by the quality of their work. If you hire someone to repair some drywall in your home and when the job is done, you cannot locate the patch that was made, that was a professional job. If instead the job is done sloppily, with bits of the seam showing and not fully sanded down, if the worksite was left with dust on the floor, if the workman’s boots left black marks on your beige rug – then the job wasn’t professional. Adopting a manner of speech isn’t what marks us as professional: only the quality of our work can do that.

This is one in a series of articles on Professionalism in Herbalism, a concept that is currently the topic of much debate in the herbal community.