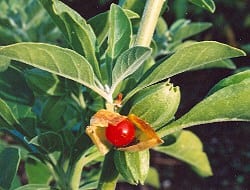 Ashwagandha is one of my very favorite herbs: it supports the adrenals and other endocrine organs, improving the function of those organs and helping the body to better cope with stress. You’ve probably heard about the “HPA axis” – which is the connection recognized between the hypothalamic, pituitary, and adrenal glands. But I submit that ALL the endocrine glands are one giant axis of interconnected function, and when one of them is out of whack, it affects communication functioning throughout the whole body. And while we’re talking about endocrine glands, it occurs to me: “endocrine glands” are often referenced when we know we’re more tired or have less energy than we think we should have. Most people know there are hormones involved, but the physiology of the endocrine system isn’t intuitive. It’s just a method of communication!

The nervous system is responsible for FAST communication in the body – it’s like FedEx. These fast communications typically involve stimulus from outside your body. The endocrine system is responsible for slower communications – like the USPS (before they started the priority mail service!). These communications typically (but not exclusively) involve stimulus from inside your body. Both are critically important for the body to function because it turns out, ALL of your organs are intricately interconnected, and depend on system-wide communication to function properly! Even though we think of the body in terms of systems – “oh, heartburn – that’s the digestive system” – the reality is that each individual part of the body affects the functioning of each individual other part. And the endocrine system is orchestrating that entire symphony of function! And that’s where Ashwagandha comes in: it helps improve the communications by improving endocrine function. So, get your Ashwagandha on, and tune up your entire body!

The Quest for Better Sleep 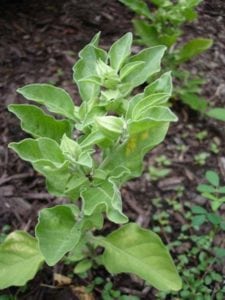 Ashwagandha is also a big part of my sleep strategy. It allows the body to reset its circadian rhythm – the cycle of falling asleep at night, and being active and wakeful during the day. You may have heard of “circadian rhythms” – did you wonder how that works? It’s the endocrine system again! Our daily cycles (and our monthly cycles, and even the longer ones!) are regulated by hormone levels: if they’re out of whack, we can’t fall asleep, or we feel sluggish all day. Plus, Ashwagandha supports the parasympathetic nervous system – the rest-and-digest function of the body. That’s so important in today’s world, because so many of us are stuck in the “fight or flight (etc)” state. (ps: it’s the endocrine system again!) Ashwagandha helps you to shift down out of that stress state and lets the body relax.
Put these super powers together and you have a plant that is particularly helpful in “out of cycle” situations such as insomnia and seasonal depression, as well as hyperfunction in the sympathetic nervous system, such as anxiety and overwhelm. We drink Ashwagandha as a decoction every morning to help support a healthy rhythm, but when I get really out of balance and need something stronger, actually, I turn to Gaia Sleep Thru capsules – the main ingredient is high potency Ashwagandha! I don’t usually like capsules, but when I really get to where I can’t fall asleep and stay alseep (usually because I’ve gotten myself overwhelmed by my too big to-do list!), these are really effective.
The first week, I take two capsules an hour or so before bed, and two capsules when I get in bed. After that, I just take two when I get in bed. I’ve found that by the time the bottle is gone, my sleep schedule is back on track. (I don’t represent Gaia or anything, it’s just the thing I’ve found that works when I get super stressed!)

When Your Get-Up-And-Go Got Up And Went! 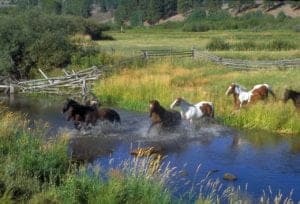 Ashwagandha might be translated as “strength of a thousand horses”, but its action is quite a bit more gentle and foundational than the image conjured up by the translation! Ashwagandha is a nutritive alterative that builds the parasympathetic nervous system – the relaxed state – and it”™s particularly appropriate in cases of extended exhaustion, depletion, and deficiency. Unlike more stimulating herbs like Ginseng or Eleuthero, Ashwagandha is a slow, restorative builder. There’s no big rush of energy, which means there’s no corresponding crash of the energy running out! Instead, each day you have a little more energy than you had the day before until after a while, you’re feeling back to your old self again! 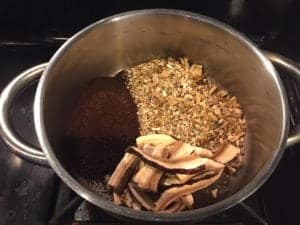 To be honest, Ashwagandha is not a particularly delicious herb, but it can be blended in many ways that cover the taste. We like to include a substantial amount of Ashwagandha in our notCoffee blend, where the flavors of decaf coffee and the other herbs like Angelica effectively hide the taste. Chai flavors such as Ginger, Cardamom, and Cinnamon are also a tasty way to cover Ashwagandha, if you’re not into the coffee thing. Ashwagandha is an herb that works best with consistent, long term use, so finding a tasty blend you enjoy daily is key!

How do YOU love to work with Ashwagandha?

Want to learn more about herbs?

Check out our Foundations in Holistic Herbalism program – a complete resource to learn to work confidently with herbs every day of the year!