Today my Pharmacy students and I tried out a Thanksgiving experiment. Last week two students referenced a traditional Iraqi/Iranian treat, which is made with dates and almonds. We all agreed that replicating this recipe in paleo fashion would be just the thing for the week of Thanksgiving – and we were right!

The egg nog is probably optional, but we were drinking Adaptogen Chai with the egg nog, and it was right there on the counter, so it seemed like a good idea.

Mix into a fairly thick dough – almost exactly like playdough.

Filling:
We started with chopped dates and slivered almonds, but quickly decided to include dried sour cherries and chopped apples, which were on the counter left over from my breakfast. The verdict is that whatever you stuff inside, it’s going to be good!

Take a small ball of dough and flatten it out in your hand. Put some delicious filling in the center and fold the dough over to seal it. Now you have a sort of half-moon shaped dumpling.

Drop into hot ghee to cook – they cook quickly, so keep an eye on it.

And that’s all there is to it! Delicious! 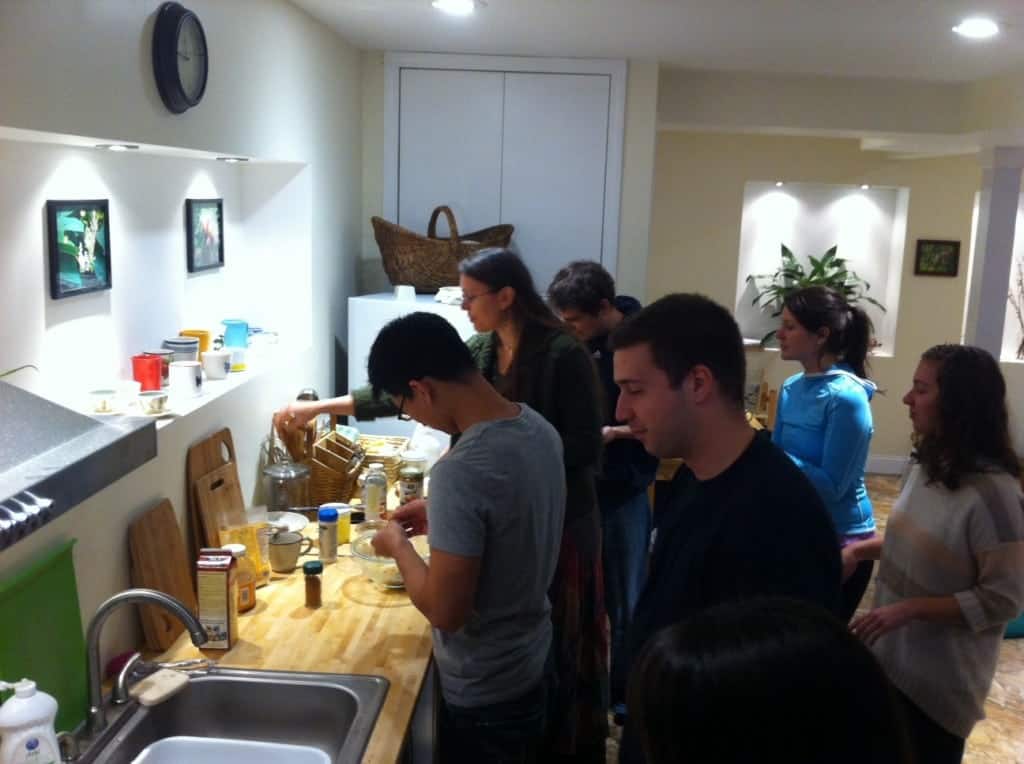